Facebook is changing and evolving. That process never stops, but it’s been especially visible during the past twelve months. 2020 was the year that saw the social media company finally introduce a ‘dark mode’ after years of requests, for example. It was also the year that saw the company undertake a complete makeover of its desktop layout. That was the first major change to Facebook’s desktop interface in several years, and although there were a few complaints at the time, most people appear to have adapted to the new look and accepted it as an improvement.

If you’re a regular (or even an occasional) advertiser on Facebook, these changes are relevant to you. If Facebook has changed, but your advertising approach hasn’t changed, something is wrong. What worked in advertising five years ago doesn’t work anymore. As scary as it might sound, 2016 was five years ago. If your social media marketing strategy is still the same as it was in 2016, you’re behind the times, and you’re probably not getting value for your money.

Don’t feel like you’re alone if you’re reading this and you’ve started to suspect that you’re guilty of failing to keep up with the changes. Most people are. You still have plenty of time to get things right if you make a few changes to your Facebook marketing strategy for the years ahead – changes like the ones we’re about to suggest here!

During its early years, Facebook was all about text-based status updates, photographs, and ‘poking’ each other. Over time it started to allow for different types of content to be uploaded. It didn’t take long for the platform to start accepting video uploads, but the company was a little slower to the dance when it came to allowing users and businesses to start live streams and connect with people in real-time. The facility is there now, though, and it can be combined with Facebook Live Shopping to excellent effect. This is the digital equivalent of being face-to-face with your potential customers, so you can make your pitch as well as handle any objections. There’s no need to go live every day or perhaps even every week, but regular live video sessions should be an essential component of any Facebook marketing strategy. It allows you to sell products on a ‘there and then’ basis with a live, fully engaged customer.

A few years ago, the ‘smart’ thing to do with Facebook advertising was target users by their stated interests. This was effective for a while, but it relied on two things that can no longer be taken for granted. Firstly we have to trust that people are telling the truth about their interests. Secondly, we have to assume that their settings allow for targeted marketing. As we can’t be assured of either of those things, it makes more sense to cast our net a little wider. We realize that this increases the risk of spending money on reaching people who aren’t interested in what you’re selling but consider this online slots metaphor. We’ll use the Joker’s Jewels UK slot as an example because that’s a popular game at the moment and is also one of the online slots featured on Facebook’s own in-house casino. You don’t spend money playing that online slot with the expectation that you’ll win every time you spin the reels. You spend money at an online slots website in the hope that eventually, a big win will come in, and it will more than cover your losses. People who play Joker’s Jewels are chasing a jackpot, not a win on every spend. You should view your marketing budget the same way.

The average Facebook user is much more discerning than they used to be when it comes to content. They know what an ‘organic’ post in their news feed looks like, and they know what an average advert looks like. They’ll also adjust their profiles to filter out adverts that they don’t think they’re interested in. It’s much easier for users to filter out ads than it used to be, so you have to be smart about yours to make sure they don’t get blocked or ignored. The best way to do this is to make your advert look as close to the kind of content that normally appears in someone’s news feed as possible. Ideally, you want it to be such a good fit that people aren’t even aware they’re being advertised to at first. Use a casual picture. Make your language informal. Speak to your audience like you’re their friend. After all, your content is going to appear in the middle of all the content generated by their real friends. Your ad will stick out like a sore thumb if it isn’t consistent with what’s around it. 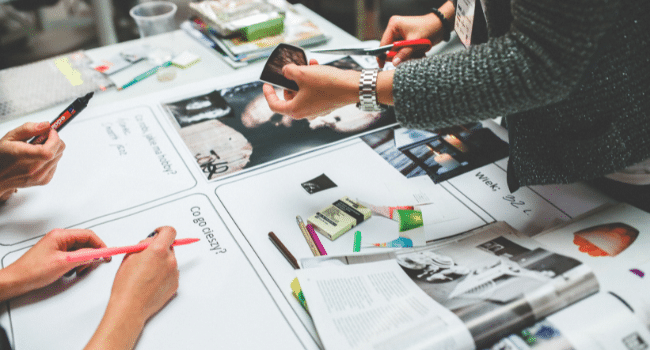 The most successful adverts are those that are creative and contain content that has the potential to go viral. We can all think of a marketing catchphrase that everyone is familiar with or an advert that we can recite word for word because it was presented to us in a clever way. They’re few and far between, but they’re the best types of advert because they creep into people’s heads and stay there. Not everyone is capable of creating content like this. The reason there’s so much bad advertising around is that people try to do it themselves rather than hiring a professional agency with a proven track record of creative thinking. Don’t take that as a slight. You might be the best salesperson your industry has ever seen, but if you don’t have an aptitude for creative thinking, you’ll never be able to make an advert that persuades people of that fact. That’s why it’s so important to hire someone who does. Factor in the costs of hiring a professional when you’re putting your marketing strategy together. If you hire the right one, you’ll make your money back.

We wish there were a guaranteed road to breaking through the noise on Facebook and coming up with a great marketing campaign. If there were, we’d happily give it to you. Sadly there isn’t, so we can only give you pieces of advice like this and remind you to stay ahead of the changes that the platform makes. You can achieve sales through clever Facebook marketing. You just need to think creatively and come up with the right ad at the right time!